I needed the electronics to run the CNC. When I started out (and with my last CNC build) I have been running it with Arduino Mega 2560 with a RAMPS shield. You can immediately recognize that this is a 3D printer electronics setup. Indeed, I have converted my last CNC into a 3D printer to learn the in and out of it. So with this CNC2 build, I have also started with the same setup, which I happened to have laying around. 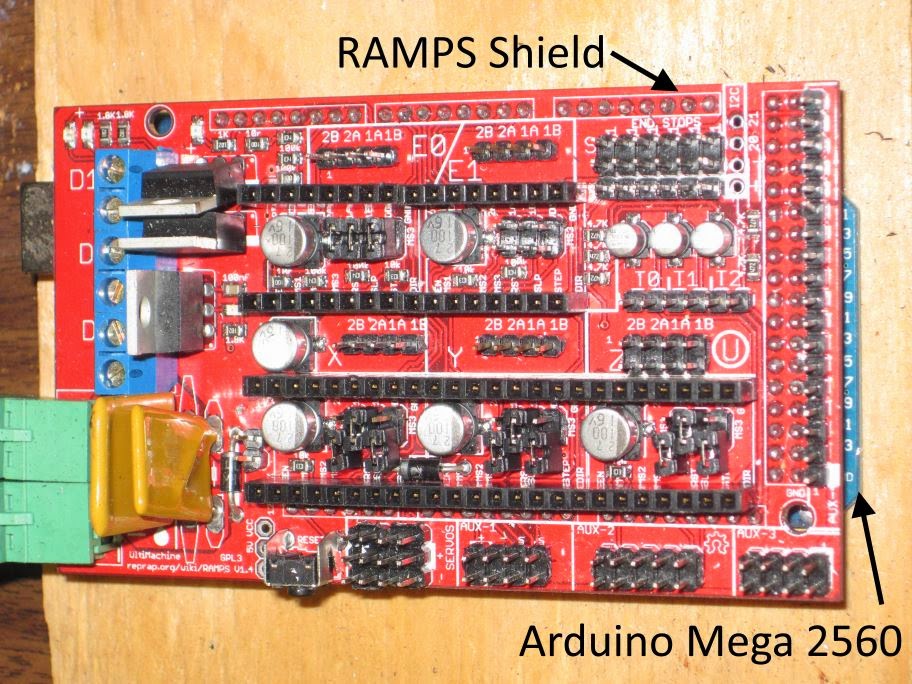 For the firmware, I have been using Marlin. In order for it to run CNC, I have to modify the configuration file to disable temperature sensing otherwise it would not move (this is a safety feature for 3D printer to prevent extruding before the hot end is hot enough). For the host software, I have been using Printrun. 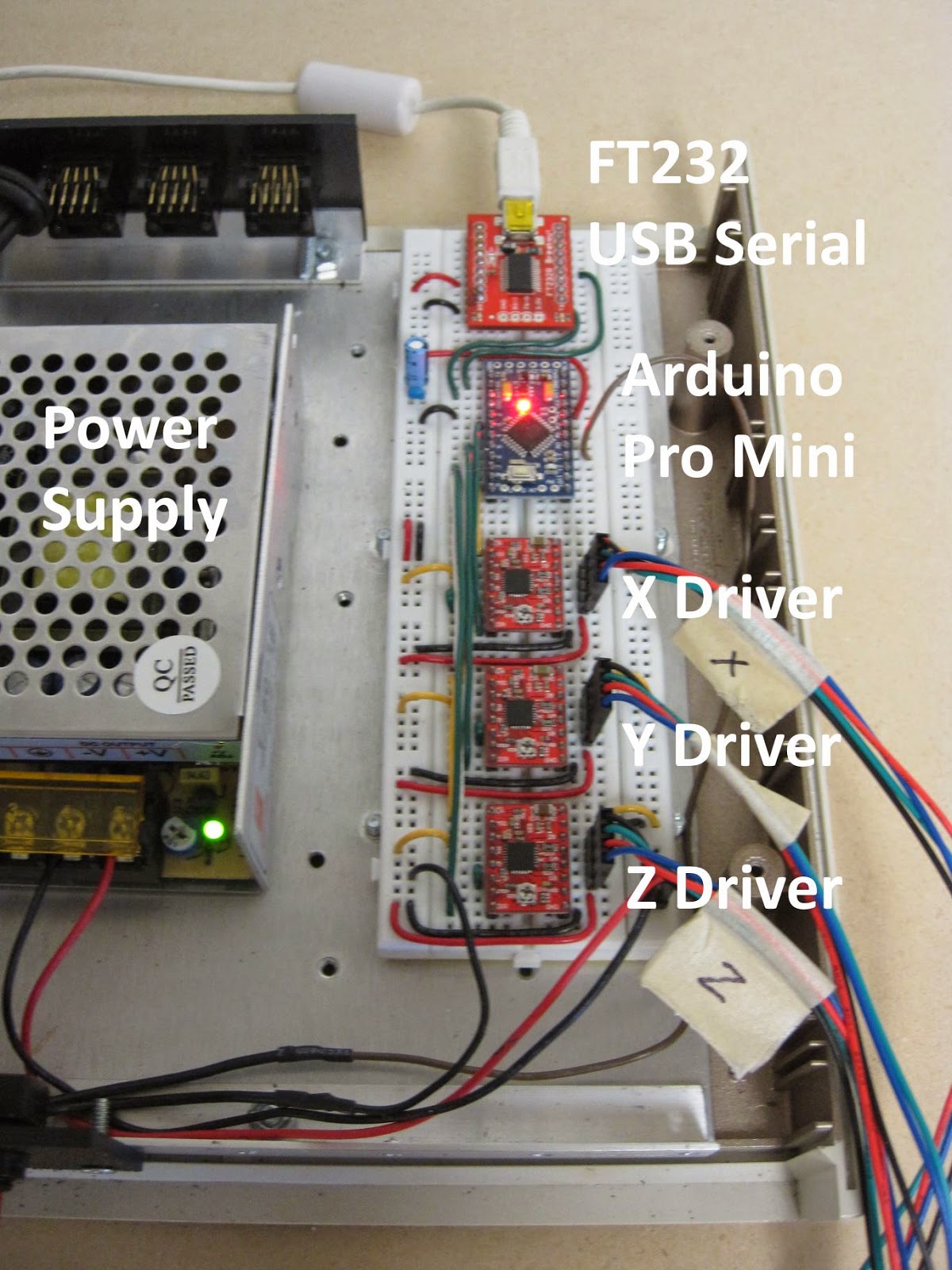 This setup works out fine for a while, but then I felt that I will need more. First of all, the Marlin firmware does not work with inch as unit. In this part of world where I am living, the English system is still commonly in use. It is a lot easier to go down to my local hardware store to buy stuff in English then mail order then on Internet and wait for them to arrive. The second thought is that I know there are CNC specific firmware out there, such as GRBL. If I can have a firmware that not wasting the processing power on checking the temperature, why not go for it? GRBL has been proven working by years of experience in the community and it has a few neat features from what I read (such as command to change steps per distance). The third things is that while using Marlin, I for a few times have the firmware paused in the middle of a long run. I somehow suspect there might be un-found bugs in the Marlin firmware, at the same time GRBL is simpler (thus less chance of bugs), better tested (it is there longer than any 3D printer firmware), and I especially like its soft reset that retains machine coordinate while resets the processor state. So I have set to move to GRBL. 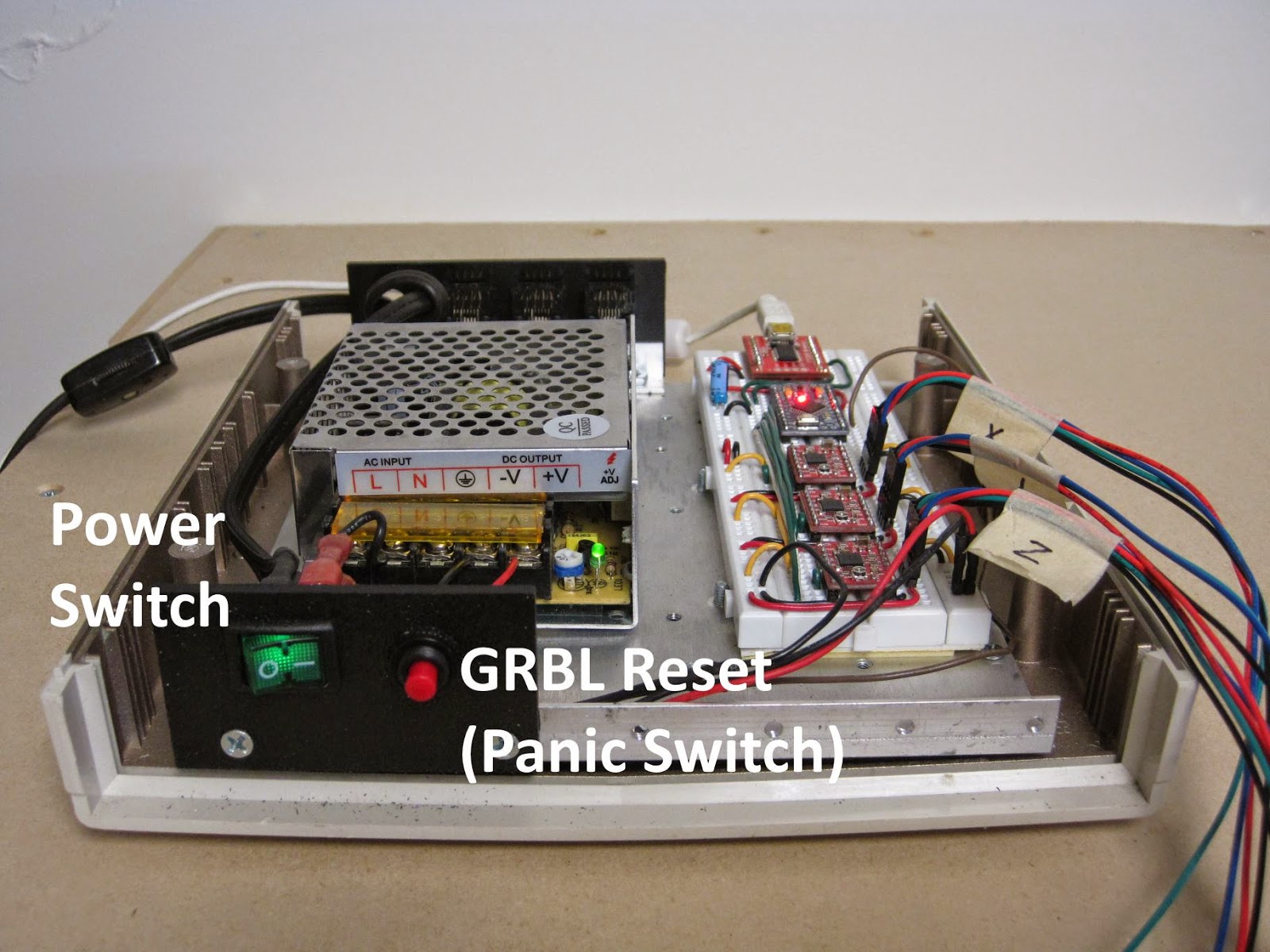 GRBL is very simple and easy to use. It is small enough (I have always loved simpler solution) that fits into the 32K memory of ATmega328P. I happened to have a few Arduino Pro Mini 328 (which I bought for a few bucks on eBay thanks to China). So I pulled out my AVR compiler and build the GRBL. After some struggle with the Arduino bootloader, I am able to load GRBL onto my Arduino (which I essentially used as a ATmega328P breakout board).

Onto my breadboard in a spare box, I have built a test CNC controller running GRBL. And I have added the GRBL soft reset switch to the front panel, as I really needed that "Panic Switch". I will find out why soon.