After a long break from this project, I am back to continue working on it. Now it is time to convert the compound sliding table to be controlled by stepper motors.

For the compound table, I used one that is the same as used as MF70. I got it for $90 on Amazon (see my previous post). There are a few articles on Internet that discussed the conversion of MF70 milling machine to CNC. They gave me inspiration and ideas. 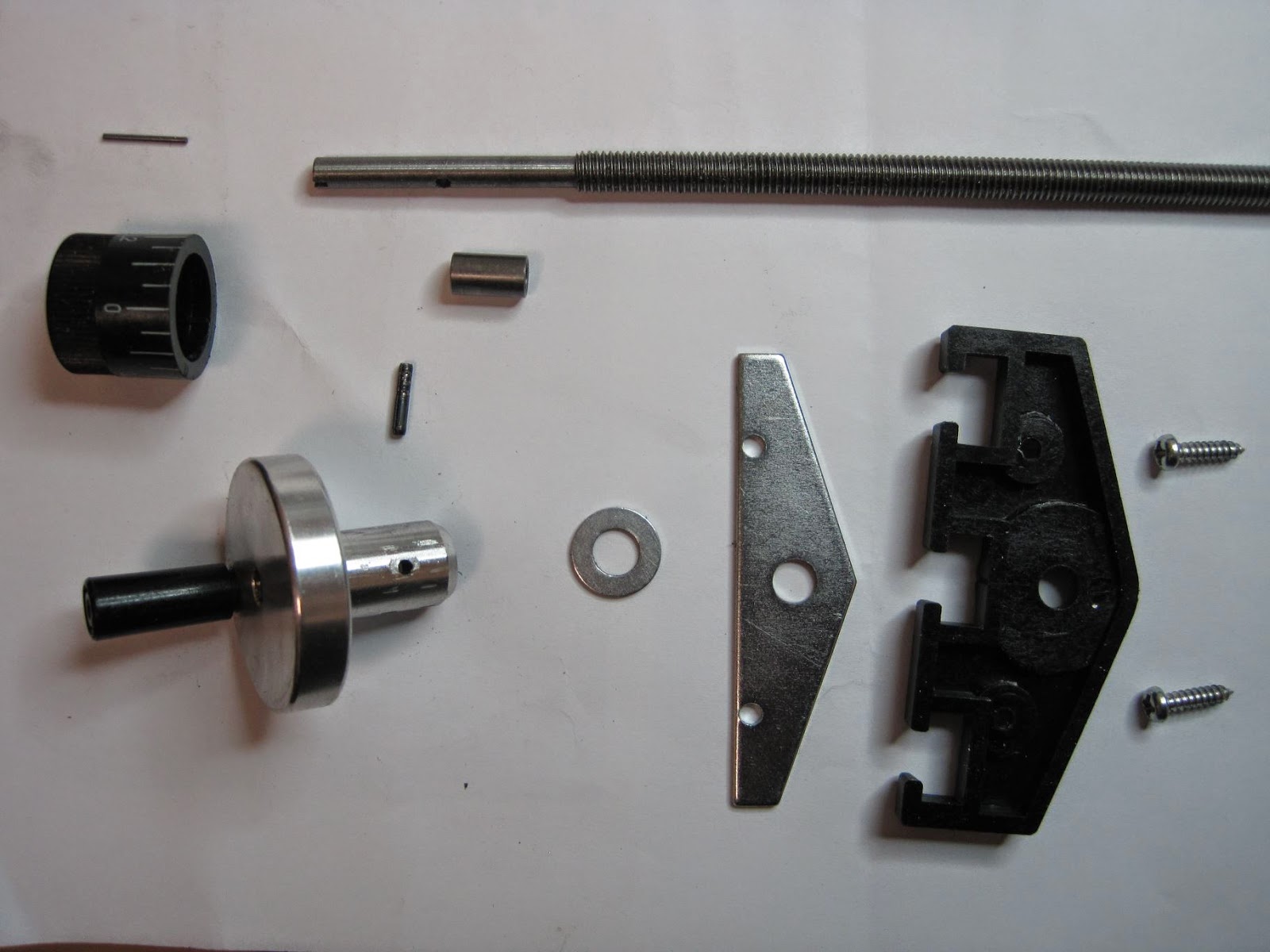 The first axis I worked on is the X axis. The disassembly is simple. The only place that is a little tricky is to remove the pin that holds the handle to the end of the threaded rod. I used a small drill bit to punched it out.

The parts looked simple enough. Basically, I just need to make a stepper motor mount and extend it so it is attached to the end of the sliding table. At the end of the sliding table, there originally is a steel piece hold inside a (black) plastic piece. The threaded rod is turned down at the end, and fitted with a sleeve bushing which rides on the steel piece. I decided that the plastic piece is not needed, as long as I keep the steel piece in place. I may want to convert that into a ball bearing later but for now that is good enough. 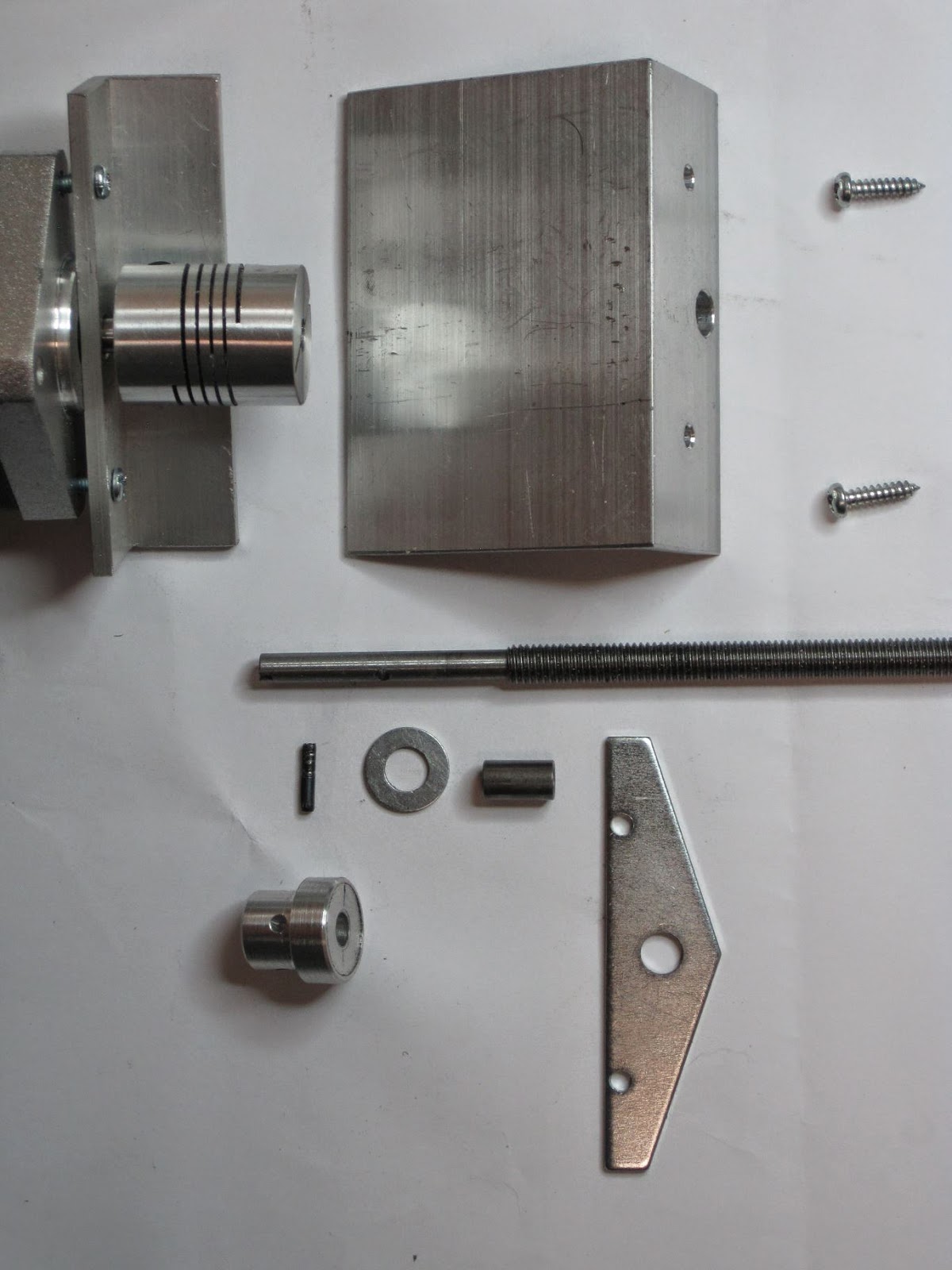 I have made a small piece on my newly acquired Craftsman 109 lathe. Even though it is a beaten up old lathe from half a century ago, I found that lathe and milling machine are tremendously helpful and complementing each other when making parts. The piece I made was the small cylinder shaped piece at the lower right corner of the picture. It is drilled so the pin can hold it to the end of the rod just like it was for the handle. The coupler then connects the stepper motor to the rod.

Here is a picture when the pieces are put together and assembled on the sliding table. The rotation coupler is not installed. The cylinder piece is pined to the rod, with the sleeve and a washer act as the bearing surface between the rod and the steel piece when the axis is rotated by the stepper motor.

I used this chance to check for alignment and makes sure everything is in place. As one can see, the stepper motor is not perfectly aligned so I spent some time to get that straightened up. 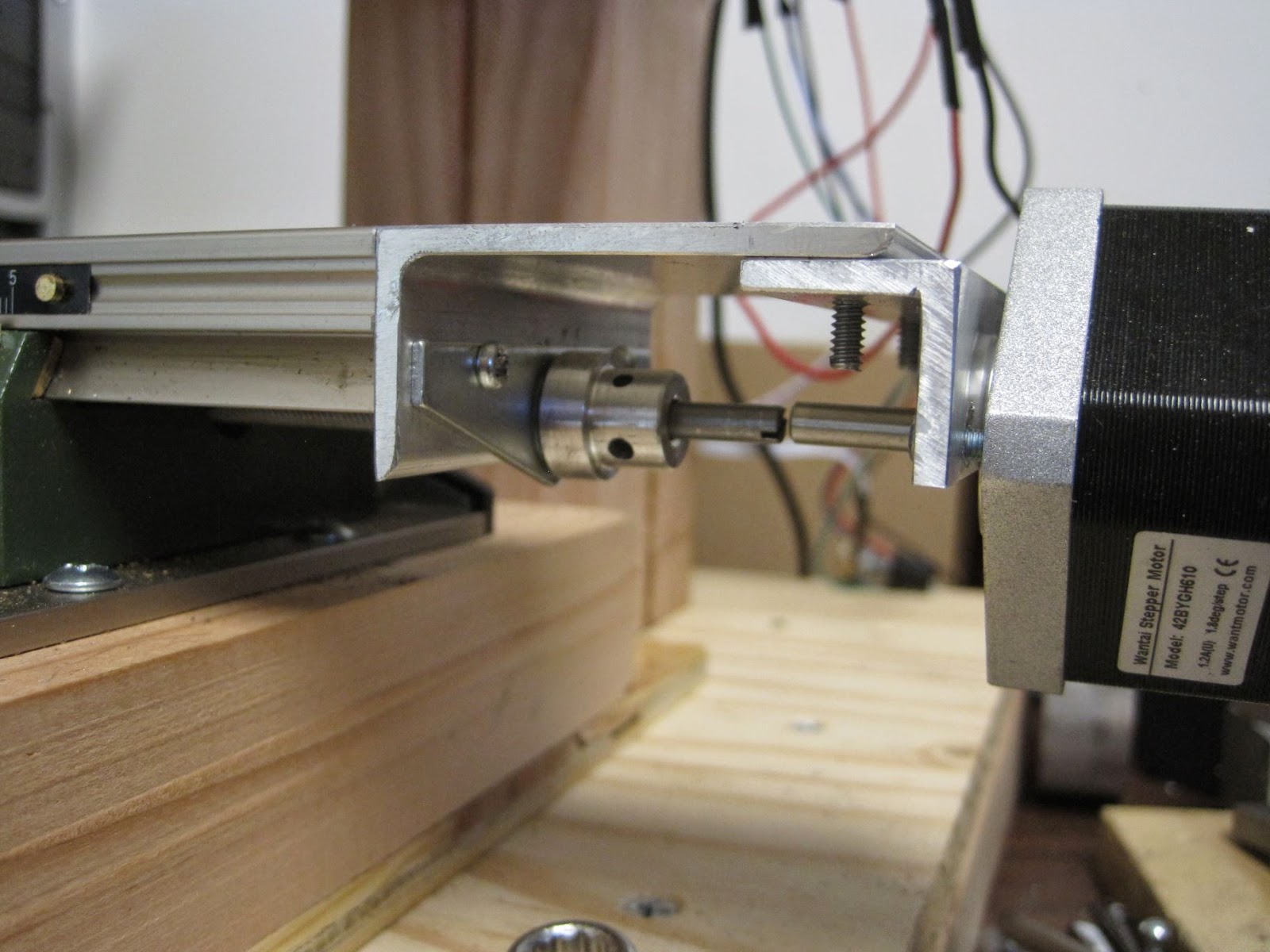 Another thing I do differently here is that I used a two piece aluminum angles to make a U-channel shaped extender. I saw people on the Internet who used U-channels there. I was about to do that originally. But after some thought, I figured that this two piece is a lot easier to assemble onto the sliding table, as you can see the screws holding the steel piece (which holds the extender onto the table) is a bit hard to install if this was a U-channel. On top of that, I don't have a U-channel at hand, but do have these angles.

So finally, here is my X axis, converted to CNC. 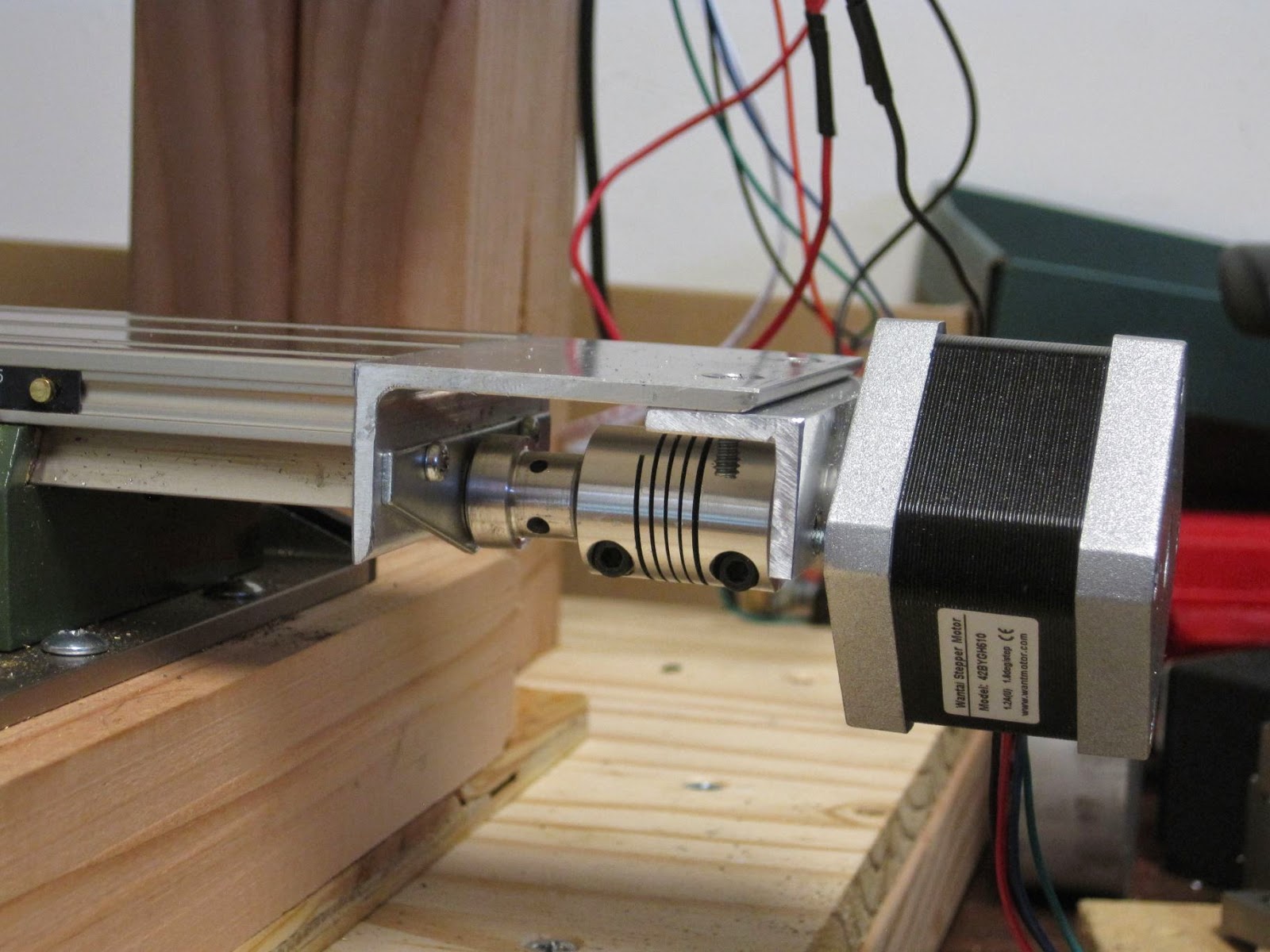